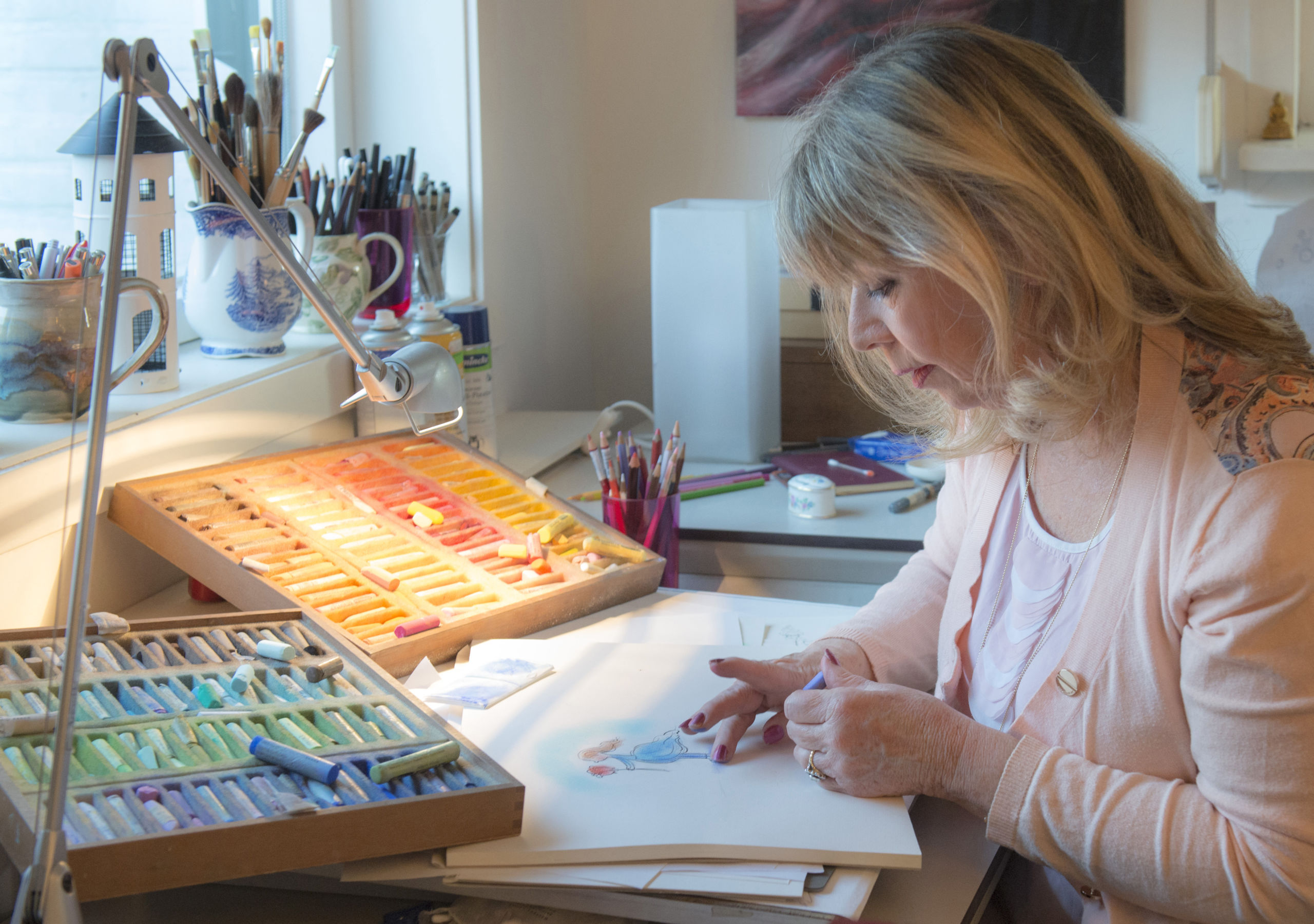 Gitte Spee was born on the island of Java. When she was eleven she moved to the Netherlands. After studying Illustration at the Gerrit Rietveld Academy in Amsterdam and a post graduate course at the St. Martins School of Art in London, she did another course in animation at the London Royal College of Art. At first she mainly illustrated other people’s work, but after a while she started writing herself. For several years she has been working from her studio in Laren, overlooking squirrels and hedgehogs.