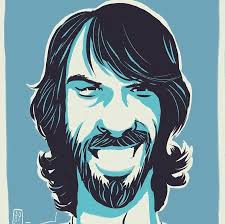 Emanuel Wiemans is a Dutch illustrator, animator and storyboard artist. After graduating from HKU art school in Utrecht in 1995, Emanuel started working as an illustrator. Working mostly digitally, his work can best be described as vintage yet contemporary.

Emanuel illustrated numerous Little Golden Stories and picture books for various publishing houses, including Rubinstein, Random House and Gottmer. At the moment he is working on his first children’s book he wrote himself: The Strange Book of Amazing and (Mostly) Accurate Facts.

Apart from book illustration, Emanuel does commissions for companies such as Heineken, Philips and Dutch Rail. Emanuel lives in Haarlem with his wife and children and enjoys restoring old Vespa scooters.