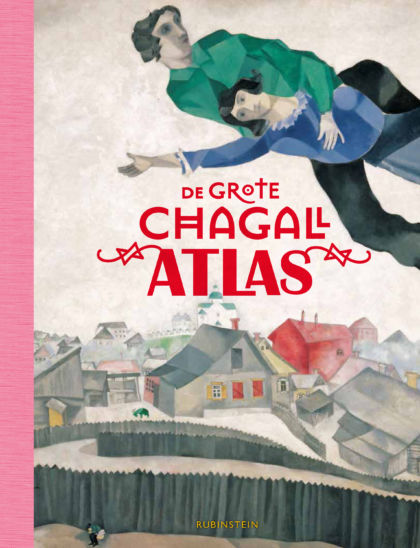 The Chagall Atlas follows Jewish artist Marc Chagall, whose personal and artistic life collided with world history more than once. Born in the 19th Century in anti-Semitist Czarist Russia, Chagall travelled to 20th Century Paris, where Cubism and Fauvism were about to change art forever.

During World War I, he was ‘stuck’ in his hometown Vitebsk, right at the Eastern Front of a war that seamlessly merged into the Russian Revolution. Chagall could literally see the Revolution unfold from the window of his office in St. Petersburg. Chagall spent the twenties and thirties in Berlin and Paris, trying not to think about World War II that loomed over Europe. His spectacular escape from Vichy France to the US, where Chagall and his family spent the war along with other exiled artists, is a fantastic story in its own right.

After the War, Chagall settled in the South of France, where he lived next door to Picasso and Matisse. But it wasn’t until later in life, against the backdrop of the Cold War and the foundation of the State of Israel, that he fully came into his own as an artist.